When they first heard his slightly hoarse laugh, Santi’s parents had no reason to be worried. In a short amount of time, however, Santi began to experience more symptoms – a small lump on his finger, loss of his ability to crawl, and very soon Santi could no longer support his own weight. By then, what started as one small lump was now multiple lumps all over his body. Each doctor his parents took him for examination was puzzled at the symptoms he was facing and could offer no diagnosis. One doctor told his parents that it was juvenile idiopathic arthritis, but that did not explain the weakness in his body.

Symptoms include Weak Voice, Arthritis, and Bumps underneath the skin

Finally, it was his own parents who eventually figured it out through painstaking searches: Santi had Farber disease – an ultra-rare condition which at the time had only 80 cases reported worldwide, for which there were no treatments available. It was a condition in which most affected children died by the age of 4. This heartfelt story about the diagnostic odyssey is of Farber’s disease in a young child named Santi. A recent blog post highlights the impact of Farber disease on an entire family.

What is Farber disease?

According to the Genetic and Rare Diseases Information Center, Farber disease, also known as Farber’s lipogranulomatosis, is so rare that to date, only a little over 150 cases have been reported worldwide. The disease is caused by a mutation in the ASAH1 gene which results in the deficiency of the enzyme, acid ceramidase. Acid ceramidase helps break down ceramides, which are fatty substances. Because of the deficiency of the enzyme, ceramides build up in excessive amounts in cells and tissues and are harmful to the body.

This build-up occurs more in all tissue joint and the central nervous system, but may also harm the liver, heart, and kidneys. Farber Disease is a genetic disorder inherited in an autosomal recessive pattern. This means that the affected individual receives a defective copy of the gene from both parents. The disease affects both males and females. The onset of this disease typically occurs in early infancy, but in some cases can occur later in life. The most common symptoms include a weak voice, joint disease (arthritis), and bumps underneath the skin (also known as subcutaneous nodules). Oftentimes, this disease is misdiagnosed as juvenile idiopathic arthritis (JIA), leading to cases going unreported. Other symptoms include fever, extreme pain, developmental delay, shortening of the muscles and tendons, and a gradual loss of bone in some areas of the body (peripheral osteolysis). It may take months to receive an official diagnosis. This can lead to frustration which does not end even after diagnosis. Parents and patients often meet with multiple specialists to find a treatment that works for their children. When available, some clinical trials can require a long wait to receive treatment, forcing parents to decide whether to wait for the treatment or utilize available options that may not even help their child. The frustration parents deal with only gets worse as they see their child’s quality of life significantly decrease over time.

Due to its progressive nature and early onset, this disease can be very difficult for parents as they are watching their children go through this. According to the National Institute of Neurological Disorders and Stroke at NIH, most children with Farber disease die by the age of 2, and those with a more severe case may die within 6 months of birth. Those with a less severe form may reach up to young adult ages.

Currently, there is no cure for Farber disease. The treatments available work to help patients manage symptoms they are dealing with in order to increase their quality of life but do not get rid of the disease itself. These treatments are also not specific, with different ones targeting different necessities in the patient. Corticosteroid drugs, which are anti-inflammatory drugs, help patients deal with their pain. Bone marrow transplants will help remove small lumps of inflammed tissue for individuals whose lungs or nervous system may be affected. Individuals who are old enough for the surgery can get these lumps (granulomas) surgically removed.

There is ongoing research hoping to target the enzyme acid ceramidase itself, by replacing it with a functional enzyme. This research is being done by Aceragen. The work that Acergen is doing allows for the potential to “address the underlying pathology of Farber Disease.” In addition, Aceragen has acquired “the first ever natural history study in patients with Farber disease that documented and quantified the features, impact and progression of this devastating condition.”

Due to the fact that this illness is so rare, many people do not know about it. But, the severity of this illness and its short lifespan should prove the necessity for research to be conducted on this disease. With significant funding, companies will start to research potential treatments and cures to help individuals with this disease.

There is no formal patient group for Farber disease support

There is no formal patient group for Farber disease support, perhaps because there are so few reported cases. IndoUSrare is working to connect patients and families with Farber Disease to facilitate the formation of a patient support group for Farber’s disease. Patients can reach out using the IndoUSrare Patient Concierge platform.

Sapna David is interning for IndoUSrare in the summer of 2022. Sapna is a rising junior at the University of Maryland studying Public Health Science. She has a personal family connection to rare diseases and is a passionate advocate for rare disease research. 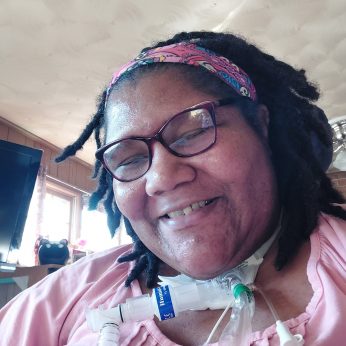 Hello, my name is Lena Jackson. I'm a mother of...

On a Mission to Find Treatment for Autism